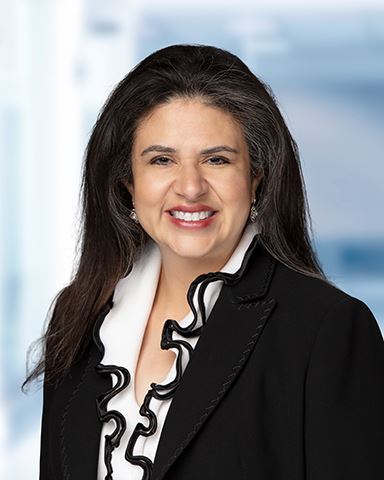 Hinojosa-Smith was elected to the Coppell City Council Place 3 in May 2005 and served until 2012, when she stepped down to run for U.S. Congress. Shortly thereafter, she was diagnosed with triple negative breast cancer. After successful treatment, she decided to run for Place 2 in 2015 and was re-elected in 2018.

Hinojosa-Smith is a graduate of the Coppell Leadership Program, CPAC and CERT. She has previously served on several city boards and participated in various CISD committees. Hinojosa-Smith currently serves on the CISD Districtwide Educational Improvement Council. Additionally, Hinojosa-Smith served as board chair for Las Colinas Medical Center and was recently appointed to Parkland Foundation Board of Directors and the UTSW Community Advisory Board. She is also the IP Co-Chair for the Hispanic Bar Association.

Hinojosa-Smith holds a Bachelor of Science degree in Electrical Engineering from Trinity University, a JD from St. Mary’s University School of Law and an MBA from the University of Texas at Arlington. Ms. Hinojosa-Smith is Director of Legal, Digital & Technology for Yum! Brands.