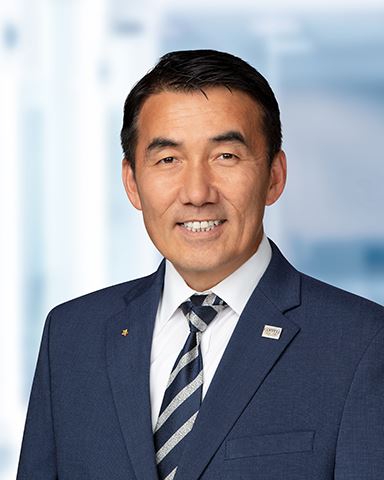 John started to volunteer in 2000, and he is one of the founding members of Korean American Coalition-DFW Chapter in 2004, which is a nonprofit, nonpartisan, nationwide community advocacy organization. Since that time, John serves half of his time volunteering to register voters, provide transportation to and from polling stations, organize and host local candidate forums and free citizenship application assistance drives. He also serves at his church, New Song, as a Sunday School teacher, house church leader and as a member of the homeless ministry. He is a member of FBI Dallas Citizens Academy Alumni, Citizens Police Academy of Coppell, Coppell Library Community Builder, Coppell Allies in Community, Coppell Lions Club, DFW Asian American Citizens Council, Korean Society of Dallas, Asian American Advisory Committee for Congressman Ron Wright and Congresswoman Eddie Bernice Johnson, in the interest and for the betterment of the community.

John immigrated to Guam, USA from South Korea when he was 10 years old and served in the U.S. Navy, on the carrier U.S.S. John F. Kennedy, soon after graduating from high school in 1985. He went back to school full time in 2002 and received his Associate of Arts from Northlake College in 2004, BA with double major in Political Science and Public Policy, with Minor in Philosophy, from Southern Methodist University in 2006, JD degree from Florida Coastal School of Law in 2012, and his Texas Bar license in 2012. He is currently a partner at Park & Jun, PLLC focusing on civil matters, including contracts, litigation, personal injury, family, immigration, wills and trust. John also serves as a pro bono volunteer attorney with Dallas Volunteer Attorney Program, Dallas Bar Association and as Attorney Ad Litem with Dallas Probate courts.

John met his wife, Judy, in 1990, married in 1995 and moved to Coppell in 2000. They have four children-Ariel, Jessica, Jamie and Sam-and all of them went through Lakeside Elementary, Coppell Middle School North, and Coppell High School, with Sam currently attending CHS. John enjoys jogging, attending Sam’s soccer and tennis games, and spending time with his family in his free time.

“Be the change you wish to see in the world.” Mahatma Gandhi

“It only takes one act of kindness, one caring heart, to make a difference in someone’s life.”