The Parade Down Parkway kicks off at 9 a.m. and begins at Samuel Blvd. and Sandy Lake Rd., travels north on Samuel to Parkway Blvd., then heads west to Town Center. Intersections along the parade route will be closed prior to the approaching parade and remain closed until all entries have passed. Line the parade route early for the best spot to see the red, white, and blue floats go by!

Participate in this year's parade!

Residents and businesses are encouraged to be a part of the fun by designing a patriotic float for a sports team, civic organization, HOA, or group of friends and family. Decorate a vehicle, bicycles, or simply walk in the parade! To participate in the parade, a completed application must be submitted by 5 p.m. on Friday, June 25. There is no charge to enter the parade; however, all organizations must complete an entry form and all entries must have a representative attend a mandatory pre-parade meeting.

Apply to be a part of this year's parade. 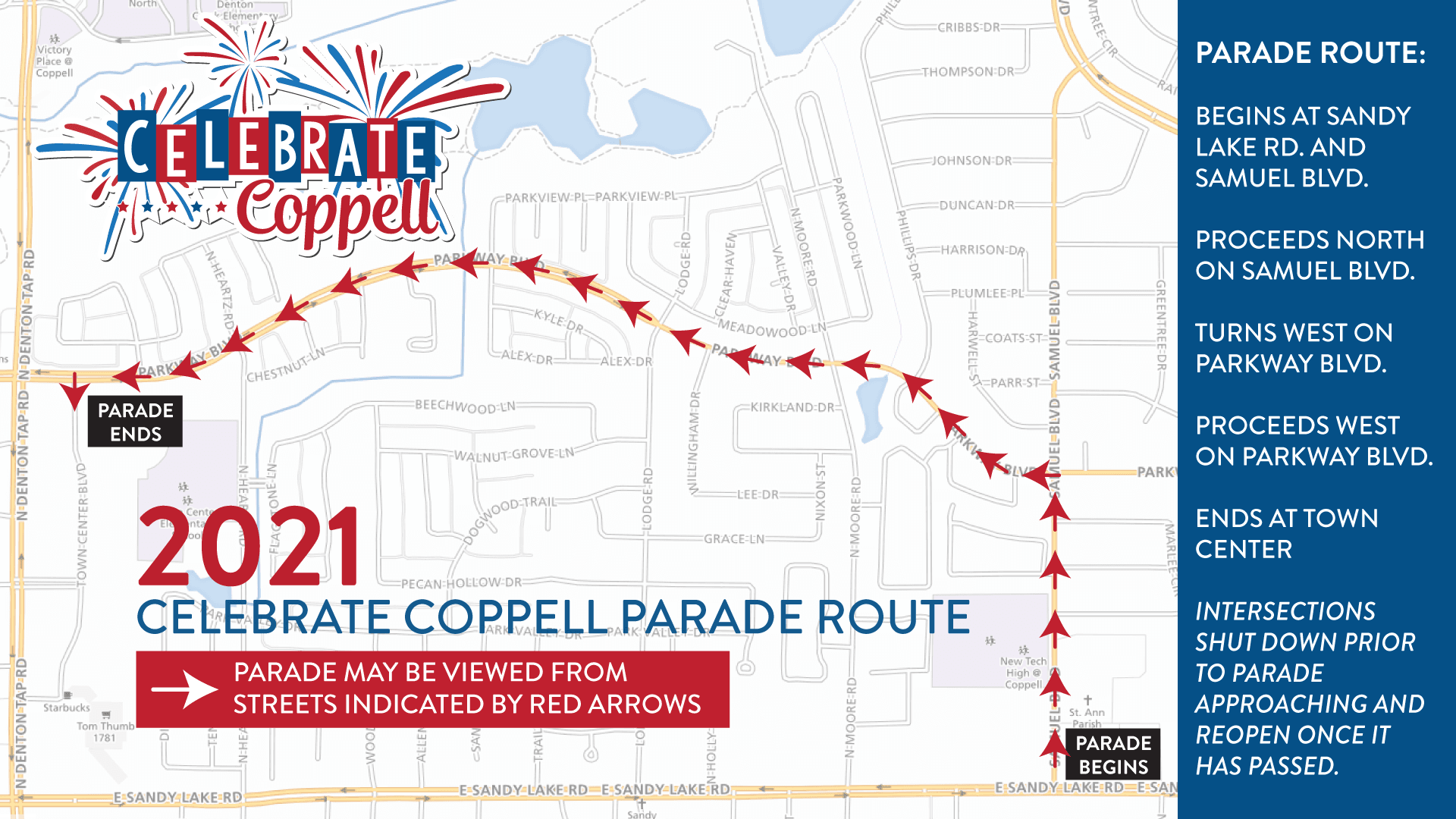